The Software Prototyping refers to building software application prototypes which displays the functionality of the product under development, but may not actually hold the exact logic of the original software.

Software prototyping is becoming very popular as a software development model, as it enables to understand customer requirements at an early stage of development. It helps get valuable feedback from the customer and helps software designers and developers understand about what exactly is expected from the product under development.

What is Software Prototyping?

Prototype is a working model of software with some limited functionality. The prototype does not always hold the exact logic used in the actual software application and is an extra effort to be considered under effort estimation.

Prototyping is used to allow the users evaluate developer proposals and try them out before implementation. It also helps understand the requirements which are user specific and may not have been considered by the developer during product design.

Following is a stepwise approach explained to design a software prototype.

This step involves understanding the very basics product requirements especially in terms of user interface. The more intricate details of the internal design and external aspects like performance and security can be ignored at this stage.

The initial Prototype is developed in this stage, where the very basic requirements are showcased and user interfaces are provided. These features may not exactly work in the same manner internally in the actual software developed. While, the workarounds are used to give the same look and feel to the customer in the prototype developed.

Review of the Prototype

The prototype developed is then presented to the customer and the other important stakeholders in the project. The feedback is collected in an organized manner and used for further enhancements in the product under development.

Revise and Enhance the Prototype

The feedback and the review comments are discussed during this stage and some negotiations happen with the customer based on factors like – time and budget constraints and technical feasibility of the actual implementation. The changes accepted are again incorporated in the new Prototype developed and the cycle repeats until the customer expectations are met.

Prototypes can have horizontal or vertical dimensions. A Horizontal prototype displays the user interface for the product and gives a broader view of the entire system, without concentrating on internal functions. A Vertical prototype on the other side is a detailed elaboration of a specific function or a sub system in the product.

The purpose of both horizontal and vertical prototype is different. Horizontal prototypes are used to get more information on the user interface level and the business requirements. It can even be presented in the sales demos to get business in the market. Vertical prototypes are technical in nature and are used to get details of the exact functioning of the sub systems. For example, database requirements, interaction and data processing loads in a given sub system.

Throwaway prototyping is also called as rapid or close ended prototyping. This type of prototyping uses very little efforts with minimum requirement analysis to build a prototype. Once the actual requirements are understood, the prototype is discarded and the actual system is developed with a much clear understanding of user requirements.

Incremental prototyping refers to building multiple functional prototypes of the various sub-systems and then integrating all the available prototypes to form a complete system.

Extreme prototyping is used in the web development domain. It consists of three sequential phases. First, a basic prototype with all the existing pages is presented in the HTML format. Then the data processing is simulated using a prototype services layer. Finally, the services are implemented and integrated to the final prototype. This process is called Extreme Prototyping used to draw attention to the second phase of the process, where a fully functional UI is developed with very little regard to the actual services.

Software Prototyping is most useful in development of systems having high level of user interactions such as online systems. Systems which need users to fill out forms or go through various screens before data is processed can use prototyping very effectively to give the exact look and feel even before the actual software is developed.

Software that involves too much of data processing and most of the functionality is internal with very little user interface does not usually benefit from prototyping. Prototype development could be an extra overhead in such projects and may need lot of extra efforts.

Software prototyping is used in typical cases and the decision should be taken very carefully so that the efforts spent in building the prototype add considerable value to the final software developed. The model has its own pros and cons discussed as follows.

The advantages of the Prototyping Model are as follows −

·        Increased user involvement in the product even before its implementation.

·        Reduces time and cost as the defects can be detected much earlier.

·        Missing functionality can be identified easily.

·        Confusing or difficult functions can be identified.

The Disadvantages of the Prototyping Model are as follows −

·        Risk of insufficient requirement analysis owing to too much dependency on the prototype.

·        Users may get confused in the prototypes and actual systems.

·        Practically, this methodology may increase the complexity of the system as scope of the system may expand beyond original plans.

·        Developers may try to reuse the existing prototypes to build the actual system, even when it is not technically feasible.

·        The effort invested in building prototypes may be too much if it is not monitored properly. 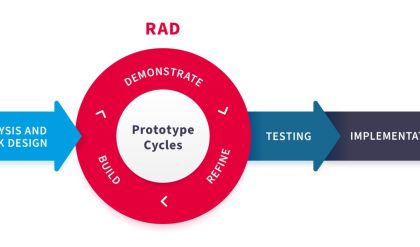 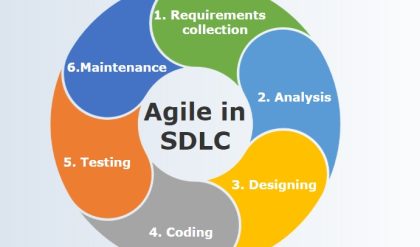 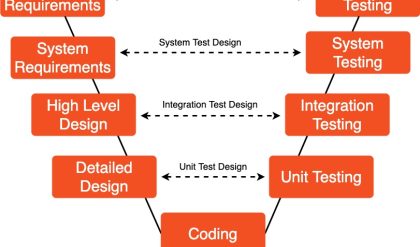