Interaction-oriented architecture has two major styles − Model-View-Controller (MVC) and Presentation-Abstraction-Control(PAC). Both MVC and PAC propose three components decomposition and are used for interactive applications such as web applications with multiple talks and user interactions. They are different in their flow of control and organization. PAC is an agent-based hierarchical architecture but MVC does not have a clear hierarchical structure.

MVC decomposes a given software application into three interconnected parts that help in separating the internal representations of information from the information presented to or accepted from the user.

Model is a central component of MVC that directly manages the data, logic, and constraints of an application. It consists of data components, which maintain the raw application data and application logic for interface.

It is an independent user interface and captures the behavior of application problem domain. Model is the domain-specific software simulation or implementation of the application’s central structure.

If there is change in its state, it gives notification to its associated view to produce updated output, and the controller to change the available set of commands.

A controller accepts an input and converts it into commands for the model or view. It acts as an interface between the associated models and views and the input devices.

Controller can send commands to the model to update the model’s state and to its associated view to change the view’s presentation of the model. Likewise, as shown in the picture given below, it consists of input processing components, which handle input from the user by modifying the model.

View can be used to represent any output of information in graphical form such as diagram or chart. It consists of presentation components which provide the visual representations of data.

Views request information from their model and generate an output representation to the user. Multiple views of the same information are possible, such as a bar chart for management and a tabular view for accountants.

·        The Controller-View − The controller-view acts as input /output interface and processing is done.

The model module notifies controller-view module of any data changes so that any graphics data display will be changed accordingly. The controller also takes appropriate action upon the changes.

MVC–II is an enhancement of MVC-I architecture in which the view module and the controller module are separate. The model module plays an active role as in MVC-I by providing all the core functionality and data supported by database.

MVC applications are effective for interactive applications where multiple views are needed for a single data model and easy to plug-in a new or change interface view.

MVC applications are suitable for applications where there are clear divisions between the modules so that different professionals can be assigned to work on different aspects of such applications concurrently.

Because of having multiple MVC vendor framework toolkits, it has following advantages −

·         Not suitable for agent-oriented applications such as interactive mobile and robotics applications.

·         Multiple pairs of controllers and views based on the same data model make any data model change expensive.

·         The division between the View and the Controller is not clear in some cases.

In PAC, the system is arranged into a hierarchy of many cooperating agents (triads). It was developed from MVC to support the application requirement of multiple agents in addition to interactive requirements.

Each agent has three components −

·        The abstraction component − Retrieves and processes the data.

·        The control component − Handles the task such as the flow of control and communication between the other two components.

The following figure shows a block diagram for a single agent in PAC design.

Each agent has its own specific assigned job. For some middle level agents the interactive presentations are not required, so they do not have a presentation component. The control component is required for all agents through which all the agents communicate with each other.

·        Effective for an interactive system where the system can be decomposed into many cooperating agents in a hierarchical manner.

·        Effective when the coupling among the agents is expected to be loose so that changes on an agent does not affect others.

·        Effective for distributed system where all the agents are distantly distributed and each of them has its own functionalities with data and interactive interface.

·        Suitable for applications with rich GUI components where each of them keeps its own current data and interactive interface and needs to communicate with other components.

·        Support for multi-tasking and multi-viewing

·        Support for agent reusability and extensibility

·        Overhead due to the control bridge between presentation and abstraction and the communication of controls among agents.

·        Difficult to determine the right number of agents because of loose coupling and high independence among agents. 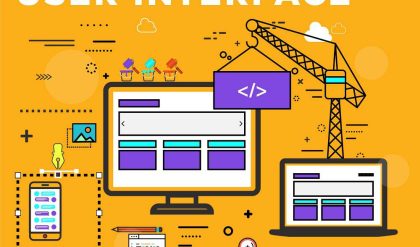 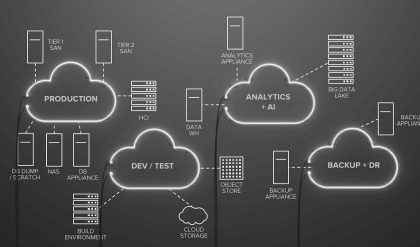